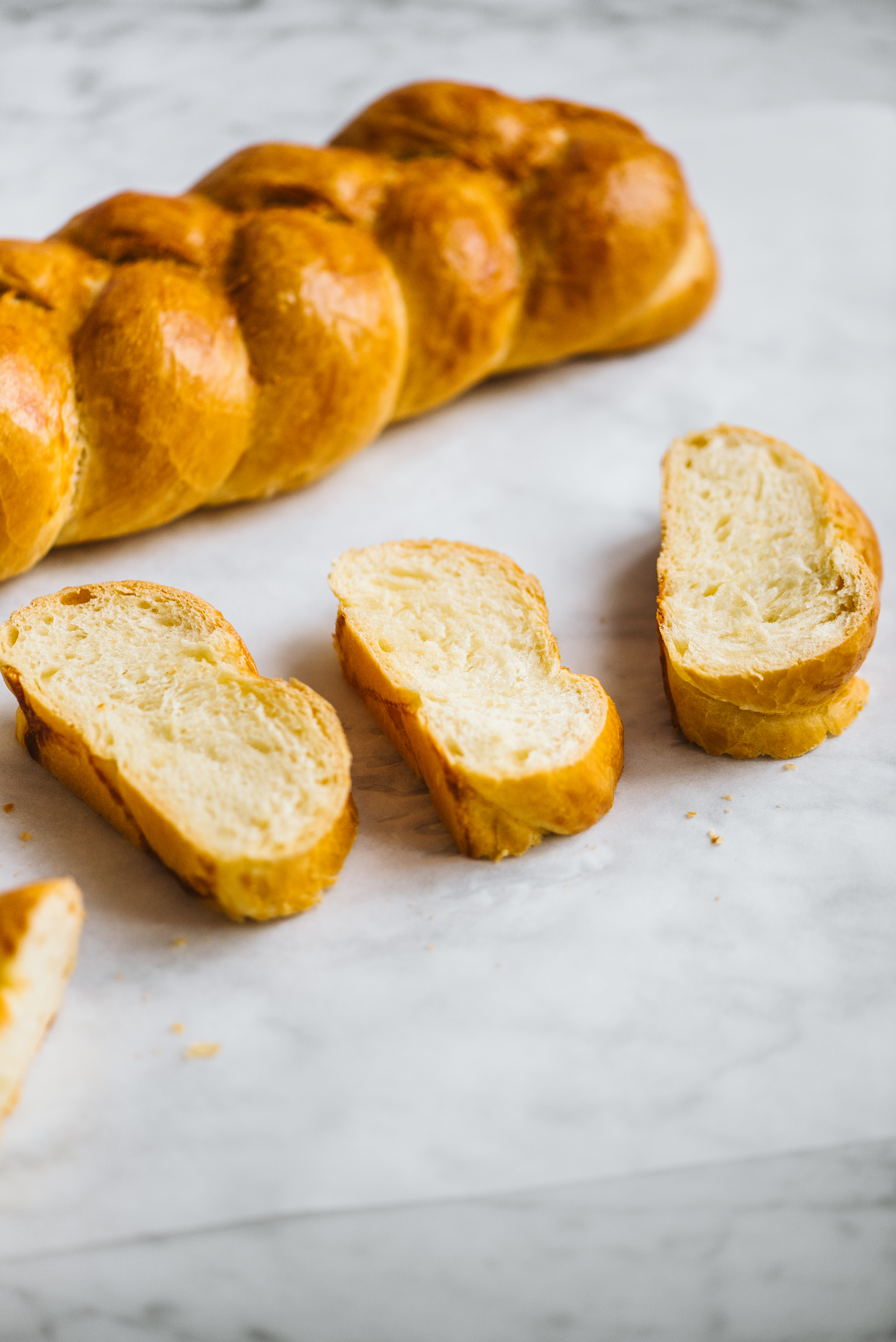 This is Absolutely the Best Vegan Challah Recipe (+ Two Surprising Ingredients) and it came about by accident one morning at 5am when I ran out of one ingredient and had to resort to another.

All about Classic Challah

Challah is an iconic Jewish food. This braided, rich bread is on most Jewish tables during holiday and Shabbat meals worldwide.

Challah is usually pareve so that it can be eaten with meat. However, the enriched dough is made with eggs, sugar and oil or margarine, so it is far from a vegan or healthy choice. It’s time for a modern update!  This is Absolutely the Best Vegan Challah Recipe (+ Two Surprising Ingredients) is the update we have been waiting for.

I made this Absolutely the Best Vegan Challah Recipe (+ Two Surprising Ingredients) into a beautiful recipe card as a free download. You can print it at home, and share with friends and use it every week to make Challah for Shabbat.  Click here to download it on the Jewish Food Hero website.

When I was working on Beyond Chopped Liver, Jewish Food Hero’s third cookbook (which will be published later in 2020) I was inspired to include a vegan challah recipe. Beyond Chopped Liver offers modern, vegan updates to classic Jewish foods from around the world, and challah could be no exception!  Check out Jewish Food Hero’s other cookbooks here.

You may have already tried, tested and loved our community recipe, Joan’s Soft, Fluffy and Delicious Vegan Challah Recipe. If so, hopefully your eyes (and mouth!) have been opened to the world of delicious possibilities for animal product-free challah.

This Absolutely the Best Vegan Challah Recipe (+ Two Surprising Ingredients) is by no means a compromise on what we expect from our classic bread. This vegan challah:

At the same time, I would be lying if I told you that it was easy to get these qualities without the usual ingredients. This recipe took a lot of work to develop, and a lot of delicious trial and error! In the end, one of the key ingredients was discovered when I was working on the recipe at 5am, I needed applesauce and the only thing I had on hand was one potato… so I boiled it and mashed it and then….

What are the Two Surprising Ingredients?

So what are those two key ingredients which make this dense, rich bread so satisfying?

Alongside these plant-based beauties, we also switch out the egg from the original recipe and use an this egg replacer.

or ground flax seed instead.

Personally, one version of Absolutely the Best Vegan Challah Recipe (+ Two Surprising Ingredients) is never enough for me. I need to be able to switch things up depending on what I have on hand, and to vary dishes to keep things interesting.

This was something I wanted to include in Beyond Chopped Liver, so each recipe is presented alongside suggestions of ways it can be adapted.

Here are some options for our delicious Vegan Challah:

Impressed with this plant-based Challah?

You can find more plant-based dishes in JFH’s already-published titles:

For the Maple Syrup Wash: