At 90 years old, I’m eating less meat (thanks to Israel) 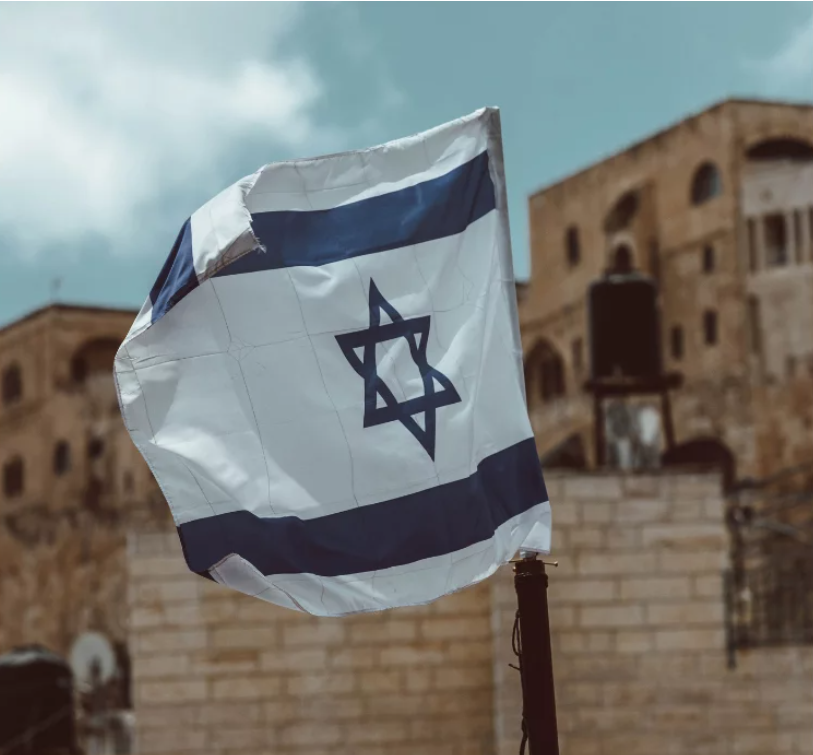 90 year old Lloyd Masel is back with another guest post for Jewish Food Hero. This time, Lloyd shares how moving from Australia to Israel impacted his diet and led him to eating less meat. I’m fascinated by the choices we make around food and how they change through different seasons and situations in our lives. You can read about my own transition from eating a strictly vegan diet to focusing on a macros approach to eating everything Kosher here.

Now, let’s hand over to Lloyd!

From Australia to Israel

Many people are eating less meat these days out of concerns for the environment, their physical health or disdain for factory farm conditions for animals.

Israel is a prime example of people eating less meat.

My wife and  I moved to Israel from Australia 20 odd years ago. We made the transition in order to join two of our four children and their families. In Australia, a big country with plenty of open space to raise beef, sheep and dairy animals, I ate meat without much reflection. My approach to meat was not unusual for the time period, and was typical across Australia. As surveys like this one conducted in the last 10 years have repeatedly shown, Australia remains one of the biggest meat-eating countries in the world. America is right up there too!

Although vegetarianism and veganism are both common in Israel, so is meat eating. I am a meat eater and do not plan to become a vegetarian or vegan. However, I am even eating less meat than I used to and this change is entirely due to living in Israel.

Variety is the spice of diet

When I moved to Israel, meat became less of a priority on my plate. This was primarily due to two factors:

First, most of the meat in Israel is imported, making it very expensive. This was a huge contrast to my Australian experience.

Second, there is an enormous amount of food variety in Israel. As a result, I quickly learned to enjoy several other foods in addition to meat. I think that this variety of food is one of the keys to helping all of us eat less meat.

Modern Israeli cuisine is a mish mash of traditional Jewish Foods, international food favorites, Middle Eastern and Mediterranean cuisine. Here is a list of 40 of the most popular foods in Israel.

In Israel the most important meal of the day is brunch which could be any time between 8.00am and 11.00am. Sometimes even later.

A typical Israeli breakfast served up at coffee shops and patisseries would comprise a selection of different breads, a dish of mixed salad, smoked salmon or tuna, tahini and spicy sauces. Of course, coffee or fruit juice will be added in, often free of charge.

In Australia, eating meat for breakfast is common. If you visit a restaurant for dinner (whether Western or Middle Eastern), comprehensive menus offer big choices and certainly won’t leave you wanting for more.

In the Middle Eastern restaurants, the choice of dishes is both creative and imaginative.

It feels like there is no end to food variety in Israel. It’s virtually limitless how many combinations of vegetables, fruits, grains and legumes, all flavored with a huge array of spices, can be put together in tasty recipes.

Israel as a start-up nation

Israel has long been recognised as a start-up nation. With current worldwide emphasis on arresting climate change and preservation of animals, Israel is adopting a leading role in the growth of both vegetarianism and veganism. It is the Middle Eastern diet which is really the basis of expanding the availability of plant-grown foods of all kinds.

Vegan and vegetarian restaurants are opening up right around the world, yet this is not purely about planet saving. Customers are looking for tasty and original foods with interesting variety on the menu.

Veganism is on the rise worldwide and Israel is no exception. Israel is called the “Vegan Nation.

Israel is a small country and cannot afford to allocate large plots of land for sheep and cattle grazing and therefore relies heavily on plant-grown foods. In any event, during the early days of Statehood, the chalutzim had no choice but to grow their own food.

Today, some 1500 eateries around the country display the logo ‘VEGAN FRIENDLY’.

In 2020 it has been claimed 5% of Israelis follow a vegan diet – a number which has doubled since.

If this makes you want to find out more, check out this list of vegan statistics for Israel.

The village of Amirim is located high up in central Galilee, overlooking the Sea of Kinneret. It was the first vegetarian and vegan village to be established in Israel.

Early in the 1960s, a group of people of various religious and ethnic backgrounds established the moshav based on their healthy lifestyle and ideology. The founders were among the pioneers of the vegetarian and vegan movement in Israel.

Today, Amirim is a holiday resort, the first of its kind in Israel where tourists from Israel and around the world can enjoy a wholesome lifestyle and healthy activities. Guests here enjoy vegetarian and vegan foods from the numerous restaurants and cafes in and around the village.

Amirim is an ideal and unique venue for visitors seeking an alternative vegan holiday experience.

The future of meat

Israel currently has 100 companies working in the meat alternative space.

Meat alternatives can be divided into three categories:

Find more on how Israel is doing in all three categories here.

Not only is Israel at the forefront of making plant-based alternatives, Israel is also a leader in the future of lab produced cultivated meat. In fact, the Israeli government declared in September 2022, that “food tech, with an emphasis on alternative proteins” is one of five Israeli R&D priorities.

The worldwide movement to protect animals and eat in a way that supports environmental health has grown significantly over recent times and has certainly opened the door for both vegan and vegan friendly diets to be developed and expanded throughout society. There is also plenty of space for those of us who are eating just a little less meat than we used to.

The IDF is the most vegan friendly army in the world.

The army also issues leather-free boots and wool-free berets. The latest statistics indicate that 1 in every 18 soldiers are vegan.

A list of meat free cookbooks for you to try

If you are looking for meat free Jewish recipes, these cookbooks are for you!

Jewish food’s “greatest hits” receive a makeover in the newest recipe collection from the author of the Jewish Food Hero Cookbook and Feeding Women of the Bible, Feeding Ourselves. Beyond Chopped Liver: 59 Jewish Recipes Get a Vegan Health Makeover shares new and better ways to enjoy quintessentially Jewish food with delicious, plant-based recipes– from challah to matzo ball soup!

The Jewish recipes in this cookbook are inspired by recipes from Jewish pre-modern Diaspora communities: Ashkenazi, Sephardi, Mizrahi, Beta Israel/Ethiopian and Indian Jewish communities, and from modern Israel and American Jewish food cultures.

The updates in this collection speak to the Jewish community today, as we seek to honor inherited Jewish food traditions while living in ways that are healthier for our bodies and our planet. Communal meals are essential for family and community cohesion and health, and there should be no conflict between Jewish life and ethical eating.

Beautifully photographed and filled with endearing stories of the author’s inspiration behind each holiday menu, The Jewish Food Hero Cookbook is not just about the food and the final presentation. It’s also about how you feel leading up to the holiday, and the ambiance one wants to create from day one of preparation. It’s about experiencing the holiday itself and creating beloved memories with your family.

Pairing both traditional and modern, healthy food, the goal of this book is to prove that together we can create a new and healthy food future for the Jewish people, one that is connected to the most beautiful of Jewish traditions while being grounded in the present.

A list of meat free recipes for you to try

If you are just getting started with eating less meat, why not try out any of these options for one meal this week?