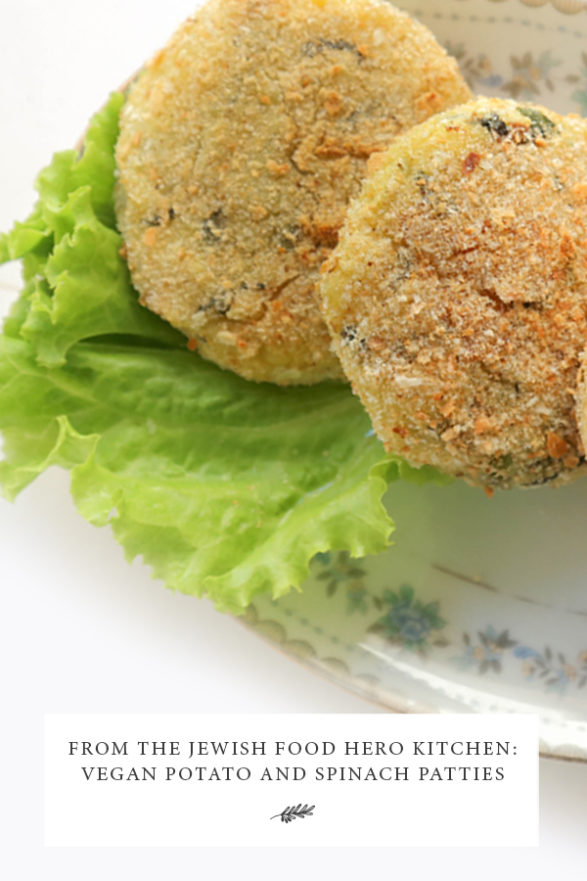 My maternal grandmother used to make these from day old mashed potatoes.  Her recipe included potatoes, milk, eggs and butter. I used to love them! In the cookbook The Book of Jewish Food: An Odyssey from Samarkand to New York there is a related recipe called “Sfongo”.  Sfongo that is a potato and spinach layered pie (rather than a patty) that is served as a dairy meal during the week of Passover.  That recipe, like my grandmother’s is filled with milk, eggs and butter.

I wanted a healthier potato and spinach patty recipe so I’ve adapted my grandmother’s  traditional recipe with healthy ingredients that are all plant based.

These healthier potato spinach patties are:

If you like this recipe, you’ll love The Jewish Food Hero Cookbook: 50 Simple Plant Based Recipes For Your Holiday Meals

Get this vegan challah recipe sent straight to your inbox!