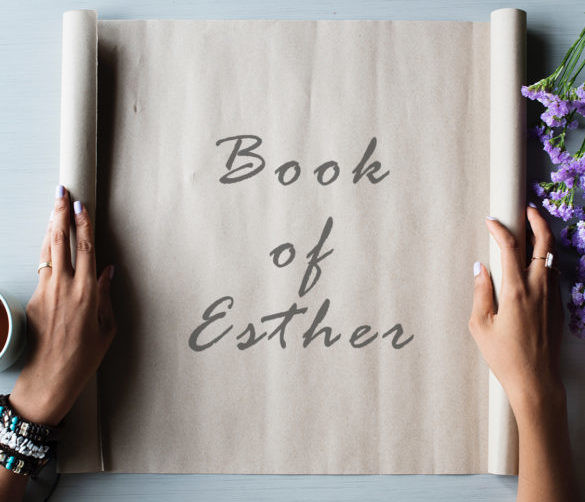 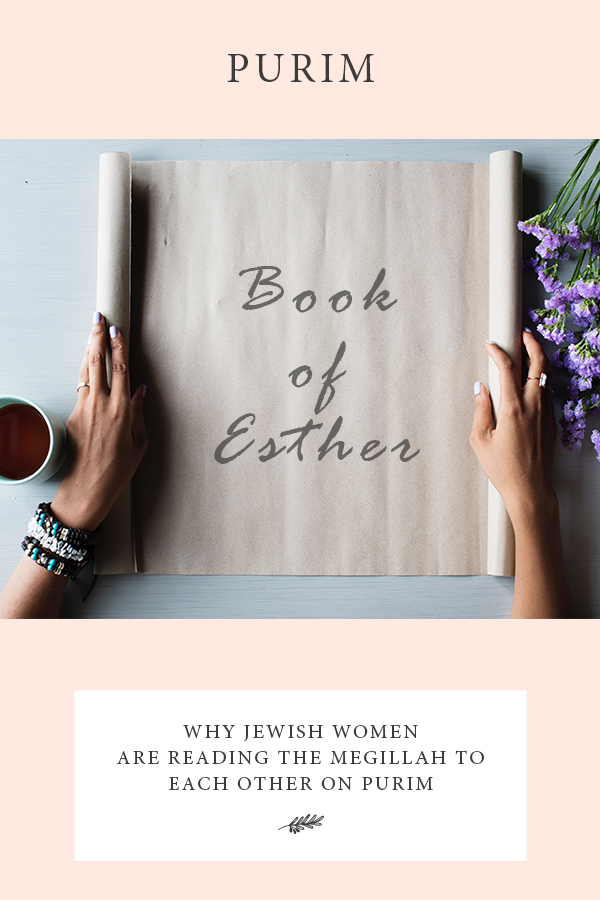 While I was living in Switzerland I met an Jewish orthodox woman at the park named Esther. One day I was there alone with my 18-month-old daughter Yaël who was eating an apple. All of a sudden, my daughter started choking. Out of nowhere Esther (who also was a mother of young children) offered to help me. I will never forget that Esther offered to help me in that crisis moment. Looking back, I felt very vulnerable at that time in my life caring for a toddler so far away from my own family and Esther’s unassuming confidence and generosity really supported me.

Over the next year, Esther and I became good friends. The next Purim, she invited me to a women’s only Megillah reading at her apartment. I attended and it made a deep impact on me.

Participating in a woman’s only Megillah reading was one of those moments (and there have been many) when I felt a real appreciation of Jewish Orthodox women. Specifically, how women living within Orthodox boundaries find creative solutions to express themselves and create community.

Since then I have been wanting to write about women’s-only Megillah readings in a meaningful way so that other women could learn more about this positive feminist phenomenon in Jewish life today. To me, one of the best ways to write about women’s experience is to give women space to speak. Alors!

I found just the right woman to share her experience with us. Hadassah Levy has been participating in a women’s Megillah reading for years and has a lot of encouraging and supportive insights to share with us on this ritual.

Let’s get to know Hadassah and learn from her.

Tell us a bit about yourself.

I am originally from New York, but have been living in Israel for about 25 years. I came “for the year” after high school and never left! I have always been fascinated by our rich religion and studied Talmud at university and at Matan. I started working on a Jewish website in 2004 and a new career was born, combining my love of digital marketing with my love of Judaism.

I have four children and a lovely husband and live in a small town called Eli. When I’m not on Facebook, I enjoy exercising, family trips, reading, and for the next few months – wedding planning.

Can you give me a “cliff notes” version of the holiday of Purim?

After the destruction of the First Temple, many exiled Jews were living in the Persian Empire, which ruled most of the world at that time. King Ahasuerus had his first wife killed and chose Esther, a Jewish woman, as his new wife. Shortly thereafter, the king decreed that on a specific day, Jews were fair game for killing and looting. Esther revealed her Jewish origins and saved the Jewish people, with the help of her uncle, Mordechai.

In memory of this miracle, Jews celebrate the holiday of Purim in four ways: reading or hearing the Megillah, sending food packages to each other, giving charity to the poor and eating a holiday meal.

Which of Esther’s character traits and virtues do you admire most?

Esther was quite scared to reveal her identity. In fact, it was a great act of bravery just to request to see the king. Esther expressed her fears, but didn’t let them prevent her from courageously doing everything she could to save her people.

Once the Jews were saved, she joined Mordechai in leading her people to exact revenge on those who had plotted against them, celebrate the holiday and write down the historic events for posterity. In an age when women didn’t hold leadership roles, this was an amazing accomplishment.

What is the Megillah?

The Megillah is a scroll which contains the biblical Book of Esther, telling the story of Purim. The Megillah is meant to be read on the evening and morning of Purim, in its original Hebrew. It’s important to hear every word, so Megillah reading must be accurate and easy to hear.

If you are being honest, what are women’s main complaints with the holiday of Purim?

One of the customs of Purim is drinking alcohol in order to increase joyfulness. Some of my female friends complain that their husbands start drinking early on Purim and are unable to help with childcare and other tasks throughout the day.

In addition, there is a lot of food preparation on Purim, for the meal and for the mishloach manot (packages of food), and many women find that the burden of making all this food is entirely on their shoulders.

What does Jewish law say about women reading the Megillah?

Orthodox Jews do not generally include women in synagogue leadership, but Jewish law does allow for women to read Megillah for each other. Until recently, this was not done in many circles, but in recent years it has become popular around the world.

What is a “Woman’s reading of the Megillah”?

Women gather together to read the Megillah, often with each woman reading a different chapter of the book. It is the same as any other Megillah reading, including the blessings before and after and the use of a kosher scroll.

Tell us the story of how you got involved with the Woman’s Reading of the Megillah?

When my children were young, I used to go to a secondary Megillah reading (after the main one my husband attended), where a man read the Megillah for a large group of women while their husbands watched the kids. But then a woman in our neighborhood volunteered to read for women, and we formed a small group that enjoyed her reading for a few years.

That woman moved away and we decided that we preferred hearing the Megillah from a woman (it is, after all, a woman’s story), so we split up the chapters and found women who had experience reading or wanted to learn. I signed up for Chapter 8, and spent months learning how to read it from a recording. I have been reading for about 5 years, and am already practicing for this Purim.

Last year, I even got to read Chapter 3. Maybe one day I will know the entire Megillah reading!

What is the impact of a woman reading the Megillah to other woman?

After the first time I read Megillah, I knew I was not going back to the traditional reading. The feeling of empowerment from reading for other women and helping them fulfill a mitzvah is unparalleled. Participating in a women’s reading allows me to fully celebrate Purim as a holiday dedicated to the power of women to effect change, even under difficult circumstances.

As an Orthodox Jewish feminist, I accept that there are roles and privileges which men take for granted that I will not enjoy. I am often frustrated by this, but I am committed to this lifestyle despite the challenges. I believe that it is important to take part as much as possible in Judaism, and as such, I try to fulfill mitzvot even if I’m not “officially” obligated as a woman. Reading Megillah fits into this rubric; it’s a way for me to take the kind of public role usually denied to me.

What kind of ambiance do you try and create at your Purim Megillah reading?

Our Megillah reading is very friendly and inviting. If we know a woman is on her way but running a little late, we wait a few minutes. If a reader makes a mistake, we correct her politely, and we compliment each other when the reading is done.

Last year, we had a “women-only experience.” Our Chapter 1 reader called an hour before Megillah reading to report that her waters broke and she was on her way to the hospital. A young woman stepped in and learned the entire chapter in time for Megillah reading!

What about food? Tell us about the food.

We don’t serve food at our Megillah reading, but most of us go to the neighborhood women’s Purim party, which often includes a play. There’s always hot soup and coffee and cake.

If I wanted to host a women’s Megillah reading, where should I start? What tips do you have for me?

Can you recommend a recording of a woman reading the Megillah that women can listen to online if they are interested?

You can listen to the Youtube playlist of Hila Cohen who reads the entire Megillah here:

Hadar Aricha read the Megillah to celebrate her bat mitzvah and recorded it here:

Your turn: What is one more question you have for Hadassah about these all women Megillah readings?  Place your question in the comments below.