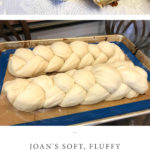 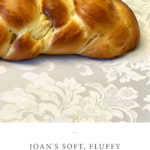 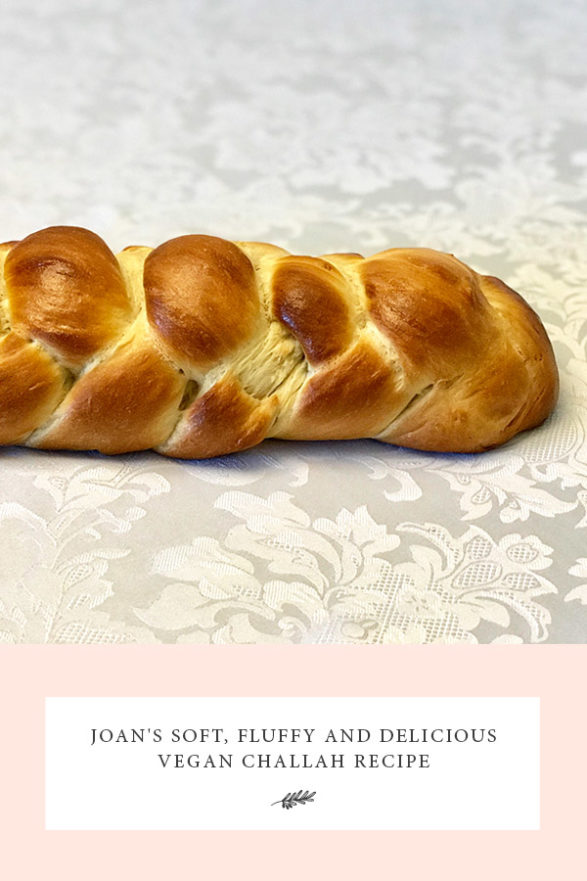 Community Recipes is a recurring feature where I ask a community member  to share a vegan recipe with us. This week I’m featuring Joan Laguatan and her vegan challah recipe.

Joan is a Filipina-Jewish vegan mom and real estate broker.  She was born in the Philippines and grew up and lives in San Francisco. She became vegan eight years ago after watching the documentary “Earthlings” and learning more about the realities of factory farming.  She and her husband, Devin Benjamin had a vegan wedding in 2011 (you can read their delicious vegan wedding menu here).

Challah is a central Jewish Food

Challah is a central Jewish food as it is served every Shabbat and on most holidays. The bread is visually beautiful and it smells delicious. The classic recipe includes flour, eggs, sugar/honey and oil. The traditional recipe is a very rich food and heavy on our stomachs. If you are serving it out of obligation, here is some food for thought.

Her favorite food to make for Shabbat is challah so she created a soft, fluffy and delicious vegan challah recipe.  One time her family hosted a blind taste test with a group of friends. The taste test compared her vegan eggless challah to one with eggs and everyone preferred her vegan challah.

Every Shabbat, she normally makes two, four-strand braided challah loaves. She learned how to make a for strand challah by watching this easy to follow youtube tutorial by NY Bakers.

Leftover Challah for breakfast and a vegan snack

On Sunday morning her husband uses the leftovers to make decadent cinnamon Challah french toast breakfasts for their children.  Leftovers from breakfast can be eaten as a favorite vegan snack food!

Tools you need to make this Challah

For this recipe, Joan uses the following tools

This plant-based squash dip would be a delicious spread to serve with Joan’s Challah.

This dairy-free tapioca pudding is a delicious Shabbat dessert and kosher-for-Passover dessert.

This plant-based honey cake also makes a good Shabbat dessert especially during the holiday of Rosh Hashanah. This recipe is oil-free and lighter than traditional Jewish honey cakes. This recipe can also be used to make cute honey muffins. Add fresh lemon juice to the recipe to add an extra zing.

If you are looking to make a plant-based Shabbat meal, here are 17 plant based recipes to choose from.

Joan’s Recipe is featured in a published cookbook

Joan’s recipe is published in the Feeding Women of the Bible, Feeding Ourselves Cookbook.

This is a community cookbook by Jewish Food Hero and is the co-creation of 40 Jewish women. The twenty biblical narratives are contributed by Rabbis, Rabbinical students, Jewish teachers and emerging thought leaders. The forty-one plant-based recipes were developed by professional chefs, homecooks who are elementary school students, and great-grandmothers.

Thank you Joan for sharing your vegan recipe with the Jewish Food Hero community!

Your turn:  Want to share a healthy vegan recipe with the Jewish Food Hero community?  Send your recipe submissions to hello@jewishfoodhero.com

Like Loading...
Start typing to see results or hit ESC to close
Jewish holidays Jewish Food Hero Cookbook Rosh Hashanah vegan recipes Plant Based Recipes
See all results
%d bloggers like this:
We use cookies to ensure that we give you the best experience on our website. If you continue to use this site we will assume that you are happy with it.Got it!