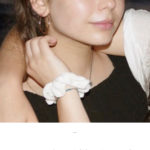 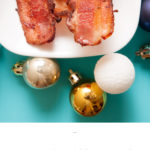 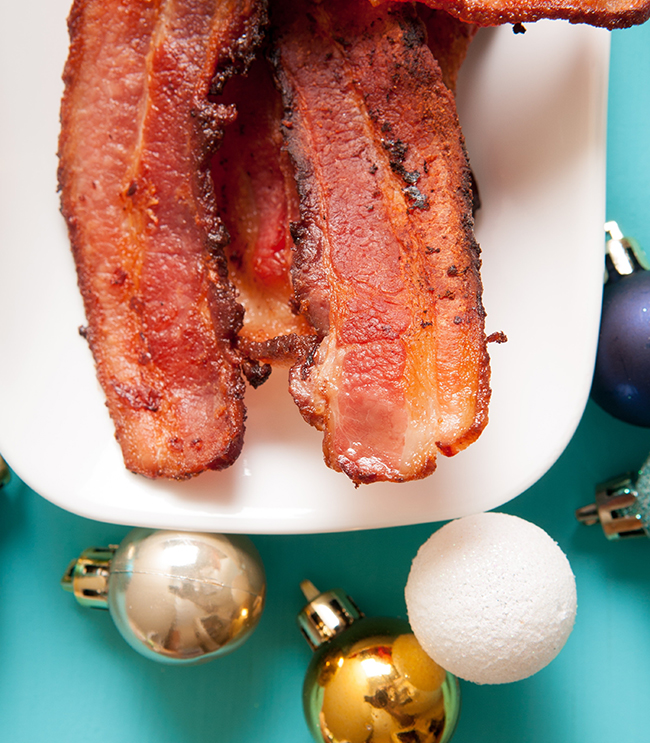 “No, I can’t eat that. I’m allergic to bacon,” I said, staring at the lunch in front of me. “No, Katia, you’re not allergic. It’s because you’re Jewish,” my teacher responded, removing the BLT sandwich from my plate. That is the earliest memory I have of Judaism influencing what I eat. I was 8 years old, and had no idea that my “bacon allergy” was because I was kosher. All I remember is my mom telling me that bacon was unhealthy,  I shouldn’t eat it, and I should try to not mix meat with dairy. I nodded my head and didn’t ask any questions, assuming that everyone followed these rules. I quickly realized that kids in school did in fact eat bacon, while I sat there staring at their mouths imagining the taste. Why couldn’t I eat bacon? Was it because I was special? Every little kid wants to be special. So, I settled on that. I was special because I was the only one in my second grade class with a “bacon allergy.”

Breaking the rules for the first time

The first time I ate bacon I hid it from my mom. I was 10 years old and eating breakfast at my friend’s house. She dipped the bacon into whipped cream. I was tired of being special, so I copied her. When I took a bite, I didn’t feel like I had done anything wrong. Bacon just tasted like oversalted turkey. “Wait, Katia, aren’t you not supposed to eat that?” my friend asked. “Yeah,” I answered.

When I went home, I decided to do some research. I sat on the computer typing in words like “bacon” and “Jewish” and landed on a Wikipedia page: “And the pig, because it has a cloven hoof that is completely split, but will not regurgitating its cud; it is unclean for you. You shall not eat of their flesh, and you shall not touch their carcasses; they are unclean for you.” I never liked anyone telling me what to do. This Wikipedia page was doing exactly that. My diet was dictated by my religion, and I hadn’t even decided if God existed. Now, the consequences of eating bacon seemed more severe. I kept these thoughts to myself, worried I would get in trouble if I told anyone.

“No, I won’t eat that. It looks grey,” I said. “Katia, you need protein,” my mom responded. I was 17 years old, and my family was celebrating Rosh Hashanah. I wasn’t taking the chicken cutlet from the table, so my mom thought that an effective way to make me eat it was to put it on my plate herself. It was then that I realized that my approach to what I ate had shifted from “I can’t” to “I won’t.” When I was younger, I was thoughtful about what I ate because I knew I had restrictions. These restrictions came externally and limited my diet in a way that overwhelmed me. Now that I was older, I was thoughtful with what I ate because I was actively making the decision to do so. I found it more reasonable and beneficial to listen to my body instead of a 3,000-year-old religion.

My relationship with Judaism and food is similar to that of Kenden Alfond. In her The Jewish Food Hero Cookbook, she states that all the Jewish recipes she found “were not reflective of [her] or [her] daughter’s generation.”[1]Her cookbook made me realize how hard it is to follow the traditions of Judaism if its traditions don’t change with time, even as culture and people do. I’ve often asked myself how I can take something as old as Jewish dietary tradition and be able to adhere to it in my own way. Kenden’s cookbook exemplifies a woman who could. Kenden forecasts, “I see a different food future for the Jewish people,” just  as I now see a different food future for myself.

Setting my own limits in Tel Aviv

Flipping through Kenden’s cookbook inspired me to try going pesco-vegan. This summer, I am living in Tel Aviv for two months, and I thought that being in a new city would be the perfect opportunity to embrace a new eating habit. Israel also has the highest per capita vegan population in the world, so I knew I would have a lot of options. My roommates and I cook for ourselves here, and many of our dishes are inspired by Kenden’s. On June 8th we celebrate Shavout, a Jewish holiday that commemorates the wheat harvest. Celebrating Shavuot typically involves eating dairy products, but I needed to find non-dairy alternatives. Kenden’s book is organized by Jewish holidays, so I found a vegan lemon “cheesecake” recipe. As I cooked, I felt the  connection with Kenden, another Jewish woman who wanted to redefine her Jewish heritage through food.

I’ve only just finished my first six days of being pesco-vegan. Though cheese can be tempting, I do enjoy all the varieties of hummus I have tried instead. Being pesco-vegan in a country I did not grow up in is helping me to understand the balance of eating habits shaped by nutritional needs and by the household I grew up in. I hope to apply what I learn about food in Tel Aviv when I return to America in order to follow a healthier lifestyle. Whether I continue being pesco-vegan or not, food is a part of my identity that has been influenced by my religion, culture, and family. Ultimately, my goal is to make food choices that stem completely from listening to myself and my body, not my “bacon allergy.”

Katia Rozenberg is a 20-year-old artist studying Visual Arts and Modern Culture & Media at Brown University.Katia believes she has a responsibility to actively engage with and serve the communities around her, via the intersection of art, media, and communication. As a creator, Katia has the privilege of showcasing her identity and sharing her perspective. The voices of minorities and disenfranchised people, however, are often excluded from representation. Her goal is to learn how to help voice those lost perspectives through creating change in the global impact of media and art.

A note from Jewish Food Hero