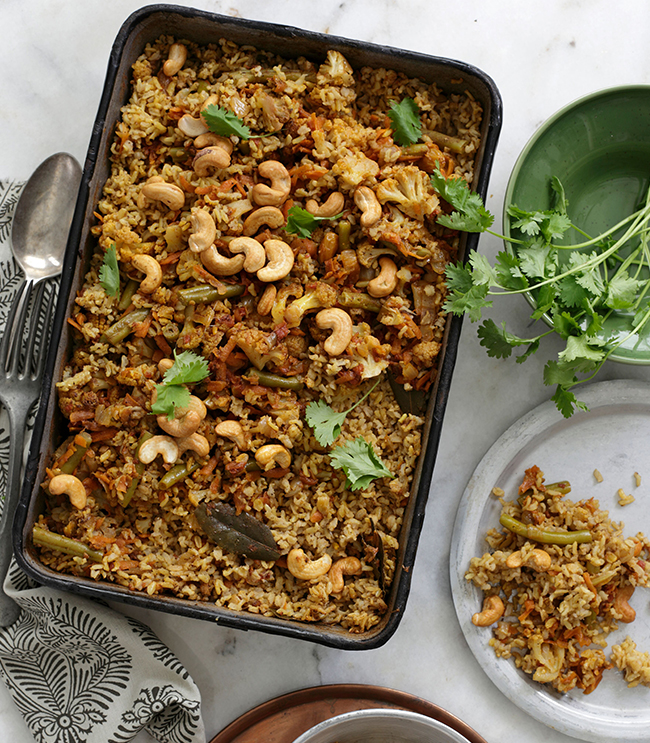 This flavorful cauliflower and raisin biryani from the Jewish Food Hero Kitchen is loaded with vegetables and warming spices. Serve this rice dish warm, garnished with crunchy cashews and fresh cilantro. Traditional Biryani Recipes Traditional biryani recipes are doused with butter or oil and oftentimes include chicken or shrimp in the ingredients. Meat and animal […]

Before I released the Jewish Food Hero Cookbook, I sent a some recipes to a few friends and bloggers for a bit of feedback. What did they think about the mock chopped liver? Were they intimidated by plant-based recipes? By and large the responses were wonderfully positive. One sweet tester said, “This modern menu made […]