What Use Is Another Book About Jewish Food Written by a Jewish Woman? 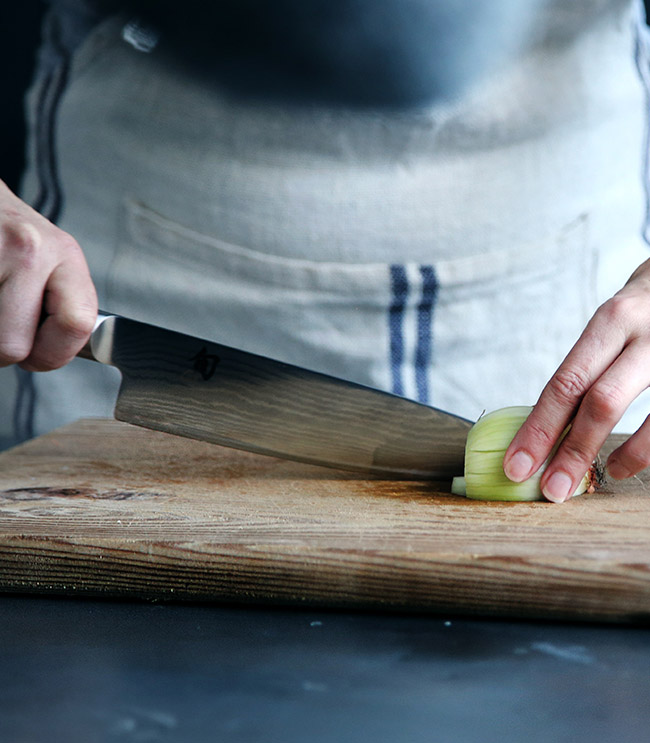 When I was trying to find female contributors for the Feeding Women of the Bible, Feeding Ourselves cookbook, I asked myself many times “What use is another book about Jewish food written by a Jewish woman?” A painful interaction with a well-known female Rabbi intensified this question. Her words were true and they stung.

I was just starting to work on a community cookbook written by female contributors from all over the world, featuring female biblical narratives paired with plant-based recipes inspired by their stories.

When I was trying to find female contributors for the Feeding Women of the Bible, Feeding Ourselves cookbook, I approached a female Rabbi to discuss the project, in hopes that she would agree to be a contributor. I had assumed she would be on-board with my idea and see the project as valuable, even if she couldn’t commit to spending her time on writing a piece for the book. However, instead my pitch was met with an unexpected rebuff and I was left reeling and humiliated.

She responded with words to the tune of, “Don’t you think that Jewish women have focused enough on cooking and food?” I felt so embarrassed.

I took her comments to mean that Jewish women’s dedication in general – and mine in particular – to food and cooking is nothing more than a meaningless brain drain.

From that point of view, what use is it for another Jewish woman to write another book about Jewish food?

Before I came up with the concept for this book, I had reached a saturation point with the Jewish Food Hero project. Although I still believed in the mission to promote plant-based eating in our community, I was finding it hard to anchor my project in the context of a food culture which nowadays seems to revolve around loud social extremes.

There are on-trend diets which completely restrict whole food groups like carbohydrates. There are women showing photos of processed and junk foods as a symbol of body positivity and in defiance of the expectations for female bodies to fit limiting specifications. Some women are presenting a healthy dietary pattern as elusive and expensive to achieve, requiring specially grown foods, smoothies and a lot of complicated added superfoods, powders and complex calculations.

I try to stay as far away from these conversations and battles as possible because there are frankly more urgent matters connected to our food choices: namely our physical health and the health of our planet. Regardless of how you eat, holding an extreme attitude in regard to food and health is not helpful or effective.

With her dismissive critical comment, the rabbi had assumed that my work in food was superficial – precisely the category of women’s work on food which I reject. If she had asked me what use is it for another Jewish woman to write another book about Jewish food? I would have responded that the point of my work is to promote plant-based eating in the Jewish community so that we can:

And Besides, we are all hungry for more than just food right now.

My inspiration for Feeding Women of the Bible, Feeding Ourselves was to draw female engagement with plant-based food beyond the normal physical focus. This cookbook allows the reader to be inspired by new plant-based recipes coupled with intellectual and spiritual stimulation. The reader can go at their own pace, working through the book learning about the female biblical characters and all the while enjoying the plant-based recipes that might have nourished them. I know that we are all hungry for more than just food right now.

My Jewish experience has not included enough learning about the Jewish biblical heroines. I wanted to read – and I want my daughter to read – female-written, accessible stories with points for further reflection. The Feeding Women of the Bible, Feeding Ourselves cookbook features short compelling narratives of 20 female biblical heroines from the Hebrew bible, each written by a female rabbi or Jewish scholar.

If I am honest, I have always had a deep longing to work well with other women. The ongoing fight for workplace gender equality has created situations where women are opponents rather than allies.

This project allowed me to create a cohesive and positive female-led project. It is a  community cookbook co-created by 40 Jewish women. The twenty biblical narratives are contributed by Rabbis, Rabbinical students, Jewish teachers and emerging thought leaders. The forty-one plant-based recipes were developed by professional chefs, homecooks who are elementary school students, and great-grandmothers. All of the contributors volunteered their time and intellectual energy to contribute to this book. All of Jewish Food Hero’s net profits from the sale of this book will be donated to a Jewish nonprofit every year.

One of the dreams I have for this cookbook is that it allows people to eat and learn together. This cookbook could create a meaningful collective experience. People can create a group learning and eating experience by using the book like a book club text. Invite your friends to read a specific female narrative and then cook the recipes together. Think about other recipes which might nourish each biblical character. Use the prompts for reflection as discussion topics to get beyond the small talk which can sometimes dominate our social gatherings.

This project did not feel like a superficial brain drain to me – quite the opposite. I hope that when she reads Feeding Women of the Bible, Feeding Ourselves, the rabbi will see the value in the emotional, spiritual and intellectual labour of all of the Jewish women who collaborated to make it.

Working on Feeding Women of the Bible, Feeding Ourselves inspired a Jewish Food Hero blog series called “Community Recipes”. This series and it is in the same spirit as the book.